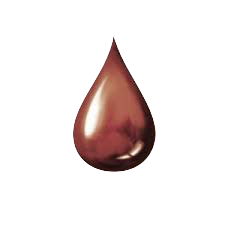 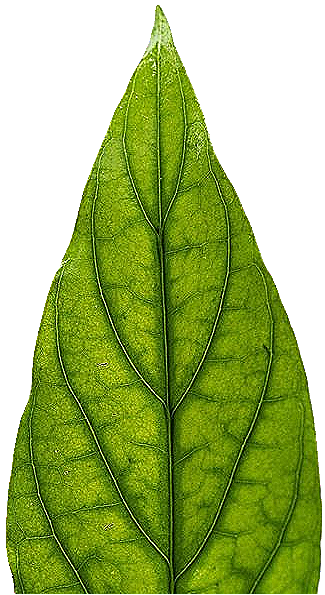 What is Ayahuasca Microdosing?

Macrodosing with Ayahuasca is the process of regular consumption of the first, main part of Ayahuasca brew that names Banisteriopsis caapi in the amount that is enough to feel the positive effect of active ingredients (B-Carbolins) on our well being.

That is why our average daily portion
is around 24 ml. of the extract.
Here in APL, we prefer the term "mAcrodosing" as our suggested portion is based on the researches on the minimum effective daily quantity and traditional use of Ayahuasca vine brew.

In Average there are 5 times more active components in daily APL's portion than when you microdose with some other providers.
FACT

Why is it for me?

Ayahuasca microdosing allows to experience benefits of Ayahuasca without an intense psychoactive effect of traditional Ayahuasca brew. It is possible because of MAOIs content without any trace of DMT that comes from some plants such as chakruna ( Psychotria Viridis ) that are commonly admixted with Banisteriopsis caapi vine.

That's also known that participation in ceremonies creates a special state of afterglow effect for approximately 2 weeks. After this period, it might be challenging to maintain positive changes and continue the process of integration.
In this way, macrodosing is an ultimate solution that will allow you to maintain all the benefits that come from the ceremonial experience.

What are the benefits
of Ayahuasca vine ?

The use of Ayahuasca vines goes deep into the history of humanity.
Scientists traced the presence of Ayahuasca alkaloids in mummies' hair dated 500 A.D.

Already that time, indigenous people were using Ayahuasca vine all around South America, including Bolivia and Chile,
for Healing and Spiritual practices.
FACT

What science says about B.caapi?

Macrodosing with Ayahuasca vine based not only on the traditional use, but on a very solid scientific research that have been conducted in a few past decades.
Nowadays researchers determine 3 main alkaloids in Ayahuasca vine that are mainly responsible for the effectiveness of the brew. These alkaloids name b-carbolines that include Harmine, Harmaline, and Tetrahydroharmine. The group of these b-carbolines demonstrated potent in vitro inhibitory activity against monoamine oxidase (MAO)-A and
enzymes in the human brain as well as having the ability to stimulate dopamine release.

Additionally, proanthocyanidins, epicatechin, and procyanidin that are also present in Banisteriopsis caapi showed potent moderate MAO-B inhibitory activities and antioxidant properties which is helpful for the protection of neuronal cell damage from oxidative free radicals.

Is Microdosing Traditional
for the Amazon?

One of the main practices in Amazonia for healing as well as initiating and education names La Dieta. During this process, a patient lives in solitude with dietary and social restrictions. The patient is taking one of the Master (teacher) plants to receive healing and knowledge. As in Amazonia, it is possible to find hundreds of different Master-Plants, you can determine one that is called Mother of all Medicine and this plant names Banisteriopsis caapi or Ayahuasca vine. Even nowadays there are shamans who use only pure Ayahuasca vine for ceremonies and healing. They believe that there is no better way to experience the medicinal properties of Ayahuasca than Dieta or microdosing with this miraculous vine.

Produced in the Amazon
Buy 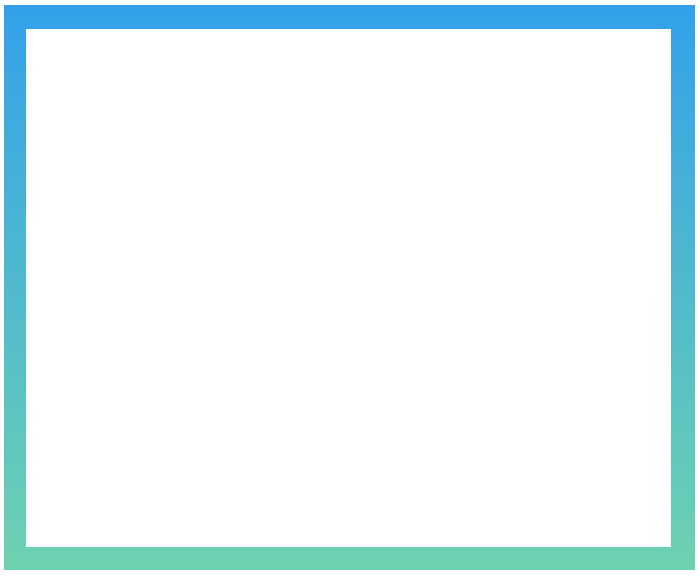 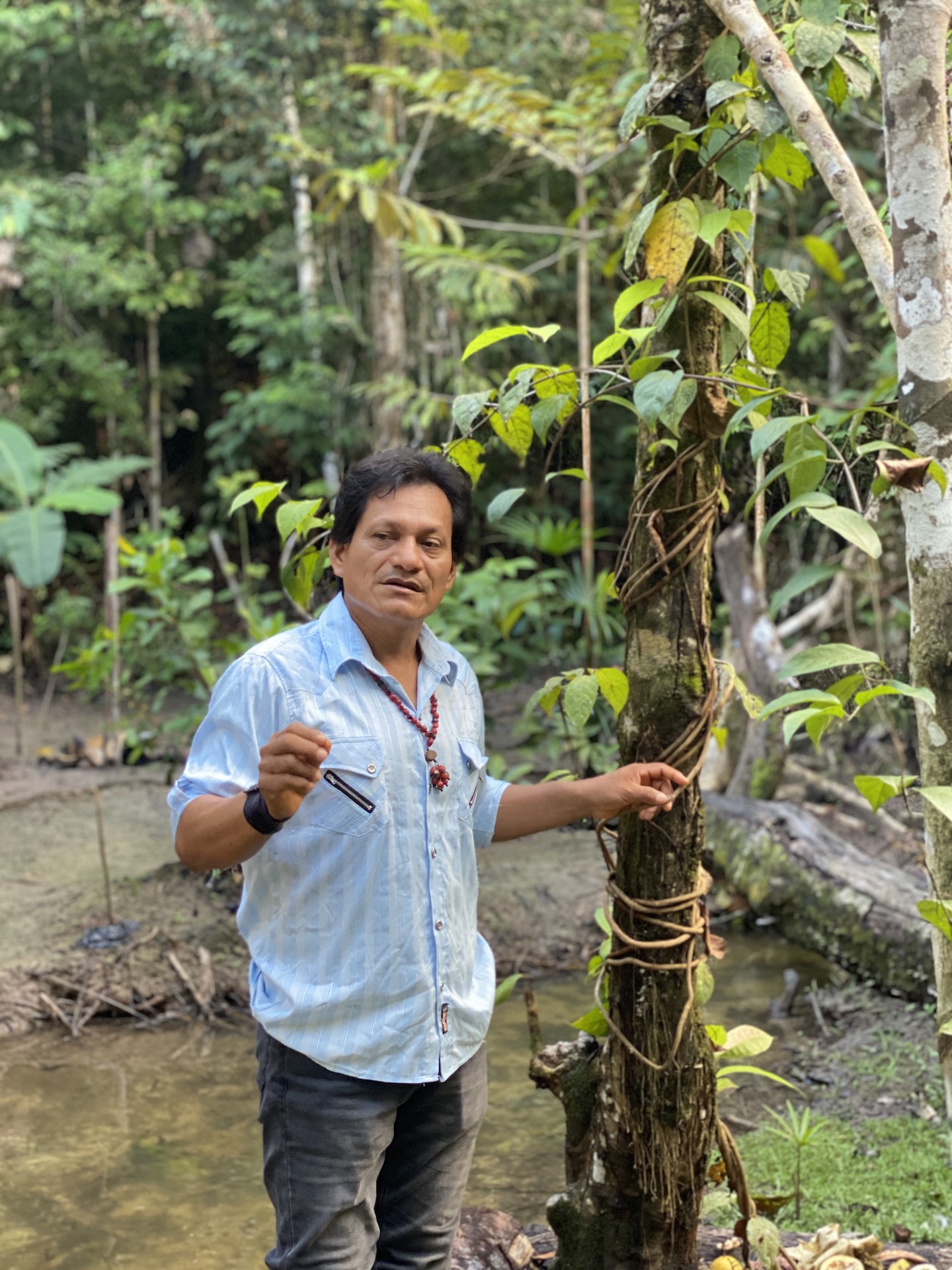 Our course comes together with
5 Icaros songs of our Master-Shaman Maestro Anael.

It completes your experience with Ayahuasca Macrodosing and allows to connect with the Plant-Teacher even closer to create a special bond. 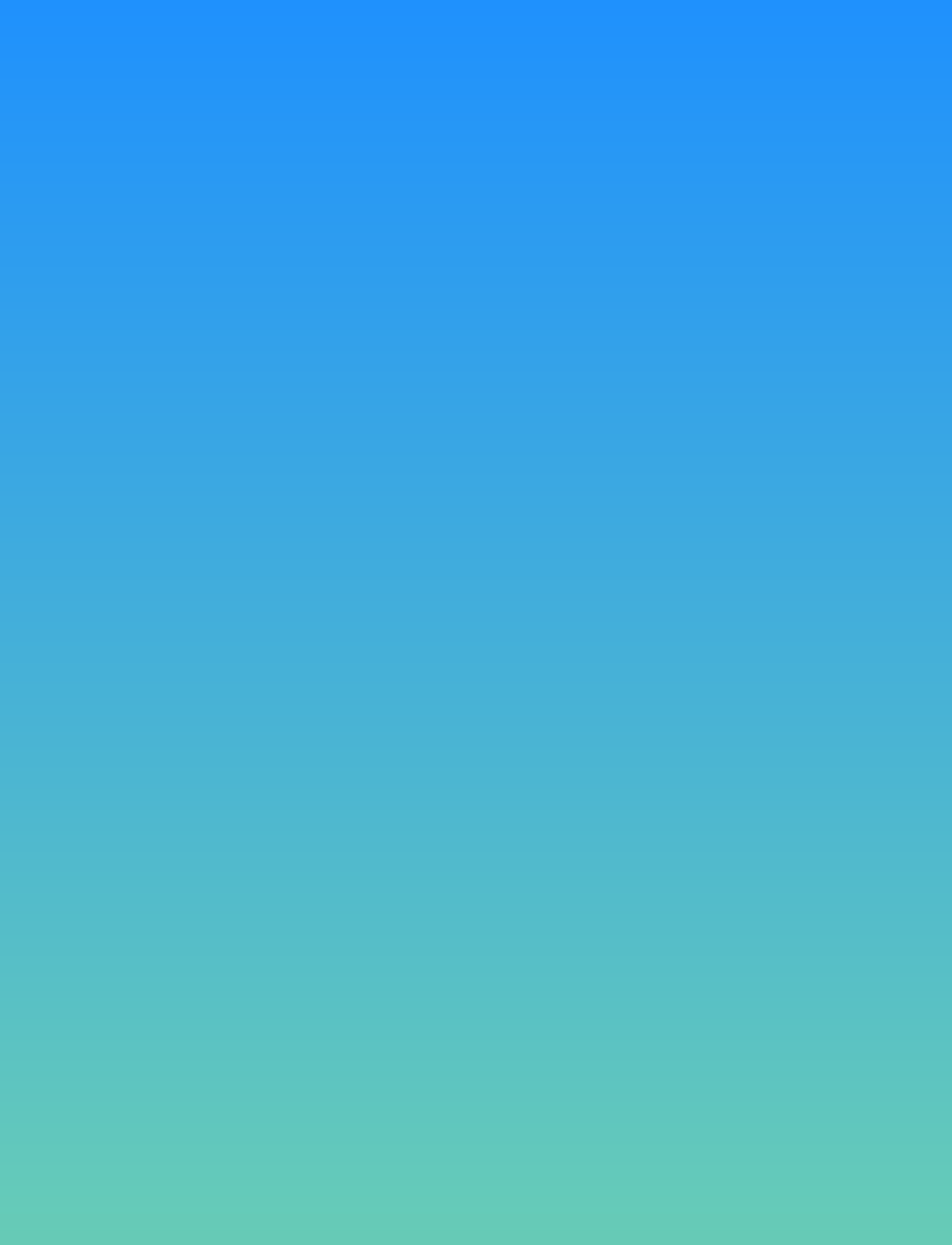 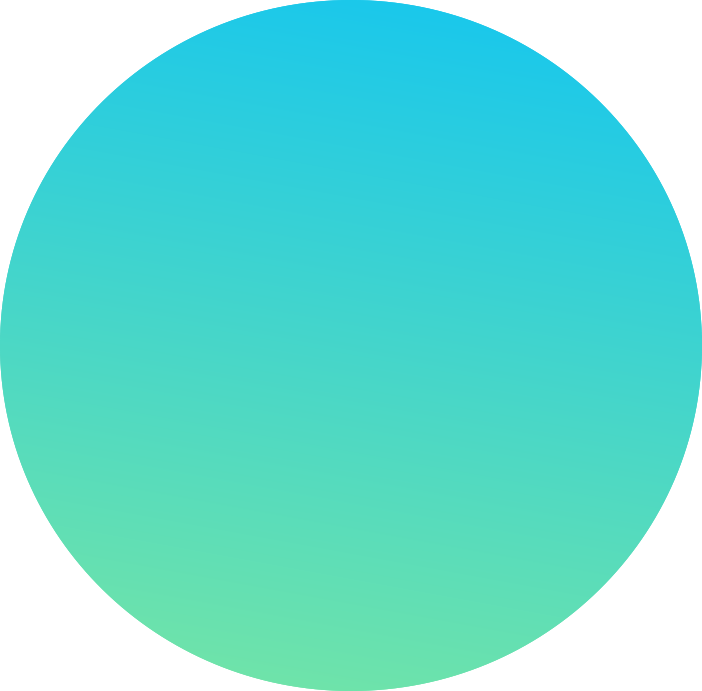 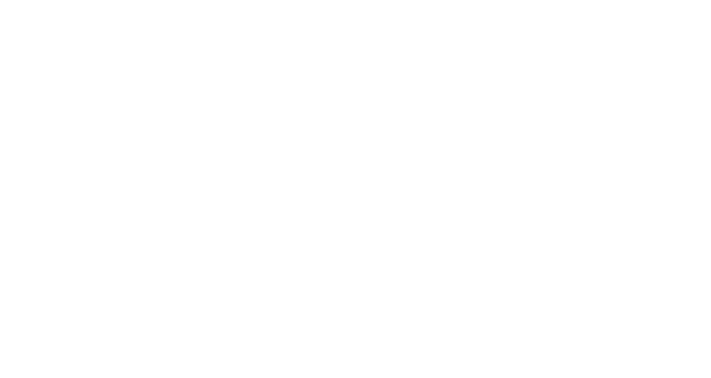 Why APL's Macrodosing is special?
Our course bases on both, scientific and traditional understanding of microdosing and Amazonian Dietas.

Comparing to other sellers who usually offer to take a few drops daily we want to ensure you that due to modern research it can never be effective in such small quantities.

As we already know alkaloids that are responsible for b.caapi effectiveness are B-carbolines (MAOIs) - Harmine, Harmaline, and Tetrahydroharmine. To find out the optimal amount of the b.caapi extract to be used we should first understand the possible content of these active ingredients in the brew. There are a lot of different research but we are going to base on the one that has been conducted by Dennise McKenna in 1984 and the work of Jonathan Ott «Pharmacology of Oral DMT Plus Harmine»

Here we can see that the total content of b-carbolines in a typical Ayahuasca brew is 6,68%:

Researches show that 1 mg. of Harmine to 1kg of body weight is the minimum effective dose. So if your weight is around 70 kg. you should take 70 mg. of Harmine as a minimum in your daily portions.

In APL we advise taking 24 mg. of Ayahuasca macrodosing daily that contains around 112 mg. of Harmine, the active ingredient in Ayahuasca vine, comparing to only 4.67 - 30 mg. of Harmine you are getting when microdose by drops with other providers.

This approach defines the effectiveness of APL's Ayahuasca macrodosing.


What is the composition?
The composition is 100% pure Ayahuasca vine (Banisteriopsis caapi) water extract 15:1

No Additives.
Directly from the rainforest.

How to Macrodose?
Please cancel all dangerous medications and drugs (the list is below) 3 days before starting your course with b.caapi. Stick to a food diet in the evening the day before you start your course.

The right way to take macrodosing is in the evening when you are ready to go to sleep and have nothing to do. Once you take your portion, don't talk with people, surf the internet or watch TV, your journey has begun and it's time to build up the connection with the Medicine. Start with 10 ml. portion and take it 2 hours after your last meal. 10 ml. is a low dose to see how your body reacts. If you feel good you may raise the amount you are taking regarding the tablet below.
Go to bed and take some time listening to Icaros you are getting together with the course. Then just go to sleep.

Here you can see the schedule :

It is advised not to raise the portion after the first night if you feel any adverse reaction (heart problems, high/low blood pressure, headaches, intense purging/diarrhea or any other reactions that you might consider as dangerous)

What is the food dieting and contradictions during the course?
The main challenge that the b.caapi microdosing is setting up is the fact that one of the functions that MAO enzymes have is metabolizing tyramine that we consume with several food products. Once we take b-carbolines / Inhibitors of monoamine oxidase we block the ability of enzymes to metabolize tyramine. If monoamine metabolism is compromised by the use of monoamine oxidase inhibitors (MAOIs) and foods high in tyramine are ingested, a threatening reactions such as hypertensive crisis can result, as tyramine also can displace stored monoamines, such as dopamine, norepinephrine, and epinephrine, from presynaptic vesicles.

That is why it is essential to stick to a low tyramine diet while microdosing with b.caapi.

When using MAO inhibitor (MAOIs), an intake of approximately 10 to 25 mg of tyramine is required for a severe reaction, compared to 6 to 10 mg for a mild reaction.

In this way to have a mild reaction, it is enough to eat only 25gr of cheddar cheese.

As you can see during the course of microdosing with Ayahuasca we should change our diet to low tyramine.

Certain foods have high amounts of tyramine, especially foods that are:

• strong or aged cheeses like cheddar, blue cheese, or gorgonzola
• cured or smoked meats or fish, such as sausage or salami
• beers on tap or home-brewed
• some overripe fruits
• certain beans, such as fava or broad beans
• some sauces or gravies like soy sauce, teriyaki sauce, or bouillon-based sauces
• pickled products like sauerkraut
• sourdough breads
• fermented soy products like miso soup, bean curd, or tempeh; some forms of tofu are also fermented and should be avoided such as "stinky tofu"

Below is a list of substances, that you should NOT take 12 hours before and 12 hours after taking MAO-inhibitors.

Can cause headaches or sickness:


Is it safe without a shaman?
It is known how serious APL is about Ayahuasca ceremonies to be guided only by traditional Amazonian shamans who passed the necessary training in the rainforest by dieting with Master-Plants.
Our Ayahuasca macrodosing doesn't contain plants with DMT content such as Psychotria Virginia or similar. Our extract is made out of 100% Ayahuasca vine.

That is why it is completely safe to administrate your journey without outside guidance.
Is it legal in my country?
Ayahuasca vine microdosing is completely legal to possess all around European Union and Great Britain (except France, Lithuania, Poland, Reunion), and United States (except the State of Louisiana).

If you live outside these countries please consult with your custom authorities before placing the order. B-carbolins, such as Harmine, Harmaline and Tetrohydroharmine should be legal in your country as well as Banisteriopsis caapi vine itself.

Unfortunately, due to legislation we cannot ship this product to the following countries:
Australia, Canada, France, Lithuania, Poland, Reunion, Russian Federation and Ukraine.
What will it feel like?
Banisteriopsis caapi is a powerful Master-Plant that has been used in the Amazon for thousands of years for healing and learning. As any Master-Plant it comes to each person in a very unique way to creat a special bond between you and the Plant.

We strongly believe in the power of natural plant medicines and related products to make a positive contribution towards physical, mental and spiritual health and healing.

Whilst we take great care to verify and reference all information presented on this website we are expressing our own opinions, beliefs, personal experience, research, and indigenous wisdom and knowledge. We are not publishing FDA or Health Canada proven facts. All information is provided in good faith "as is" with no warranty or guarantee.

Our products are not certified by the US Food and Drug Administration (FDA) nor by Health Canada, for human consumption. They are sold for incense and soap making purposes, decorative purposes and/or legitimate ethnobotanical research. Our products are not sold or intended for human consumption. The information given about the plants is for academic purposes only and not intended to be used medically. apljourneys.com, its suppliers, agents, employees and distributors cannot be held accountable for any misuse of the products offered.

Colours of the product may vary; as we sell natural products we don't make photos of every new batch. Sometimes the exact form of the products can differ from that of the photo.

We guarantee the authenticity of our products and the correct botanical title.

Legal notice: Information on this website about Ayahuasca and Kambo is not intended to treat, diagnose, or cure any disease or any other physical condition. Ayahuasca is not a "medicine" or "drug" in the legal understanding of those terms, nor is it a health supplement. We charge only for accommodation and yoga classes, all ceremonies mentioned on this website are free of charge.